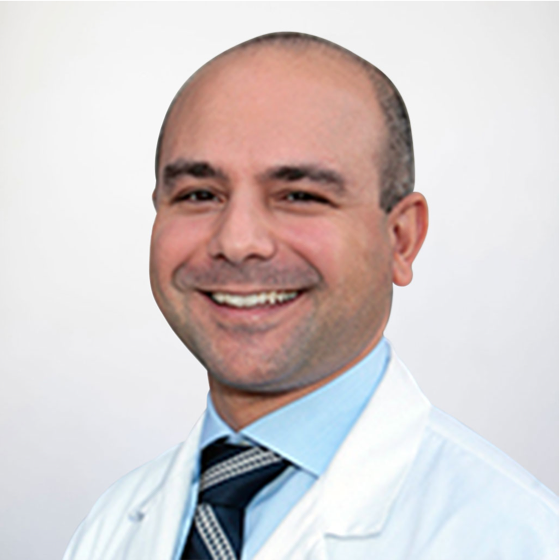 Dr. Eric Esrailian is the Chief of the Vatche and Tamar Manoukian Division of Digestive Diseases at the David Geffen School of Medicine at UCLA.  Dr. Esrailian’s primary clinical interests include gastrointestinal endoscopy, inflammatory bowel diseases, gastrointestinal hemorrhage, and functional gastrointestinal diseases such as irritable bowel syndrome.  In addition to disease areas within gastroenterology and internal medicine, Dr. Esrailian has a particular interest in the development of biomedical innovations, value in health care, medical education, initiatives towards patient-centered care, and connections between health and human rights. He is also the co-manager and producer for Survival Pictures.  Dr. Esrailian served on the Medical Board of California from 2010-2011 after being appointed by Governor Arnold Schwarzenegger. In 2012, the UCLA School of Medicine awarded him the Lincy Foundation Chair in Clinical Gastroenterology.  He is closely involved in growth strategy and strategic planning efforts for the UCLA Health System and the David Geffen School of Medicine at UCLA. He also works to facilitate community engagement with a number of other schools and departments within the UCLA campus and its Los Angeles community partners, and he is on the UCLA campus steering committee for the Centennial Campaign.  Dr. Esrailian was named the 43rd Annual Lester Breslow Distinguished Scholar and Lecturer by the UCLA Fielding School of Public Health.  In 2017, the university designated Dr. Esrailian as a UCLA Optimist — among its notable alumni and faculty dedicated to solving the world’s problems.  Esrailian is involved in efforts to provide healthcare and social services to members of the entertainment industry, and he is on the Motion Picture & Television Fund (MPTF) Foundation Board of Governors.  An intergrative biology graduate of the University of California Berkeley, he received his medical degree from the Loma Linda University School of Medicine and completed a residency in internal medicine at the University of Southern California.  Esrailian completed a gastroenterology fellowship at UCLA where he obtained a master of public health degree.  He is also a graduate of the Executive Program in Management from the UCLA Anderson School of Management.